Formerly the site of large scale village activities, the hall had been empty for many years and had no heat or running water. A single-story building with decorative late Victorian gable-end barge boards and chimneys lent itself to transformation - inside and out, as a house, with the addition of a meticulously planned and planted garden.

While leaving the exterior, the interior space was repurposed to create a large sitting room, small dining room, kitchen, bathroom and bedroom - and a space was dug below ground, reached by an outside staircase, to house a comfortable guest bedroom and bathroom.

Engineered systems - a ground-source heat pump, under-floor heating and double-glazed casement windows were installed. Robert noted, "what was marvelous about the house was that it managed to be both small and large at the same time." Strong and assertive furniture was enriched with colourful curtains, rugs, embroideries and mid-twentieth century British paintings.

Vintage textiles at windows, on beds or fashioned as lampshades add depth. In the dining room, the doors of three Turkish cupboards are set into the walls, hiding storage behind. A tall eighteenth century mirror over the fireplace is flanked by two Islamic timber lattice-wood screens in the sitting room. In the sleek kitchen, a row of seventeenth century blue and white jars stand near a William Crozier contemporary picture, adding colour. An antiquities area, at the bottom of the stairs to the new guest suite - with Robert's collection of artefacts on display. 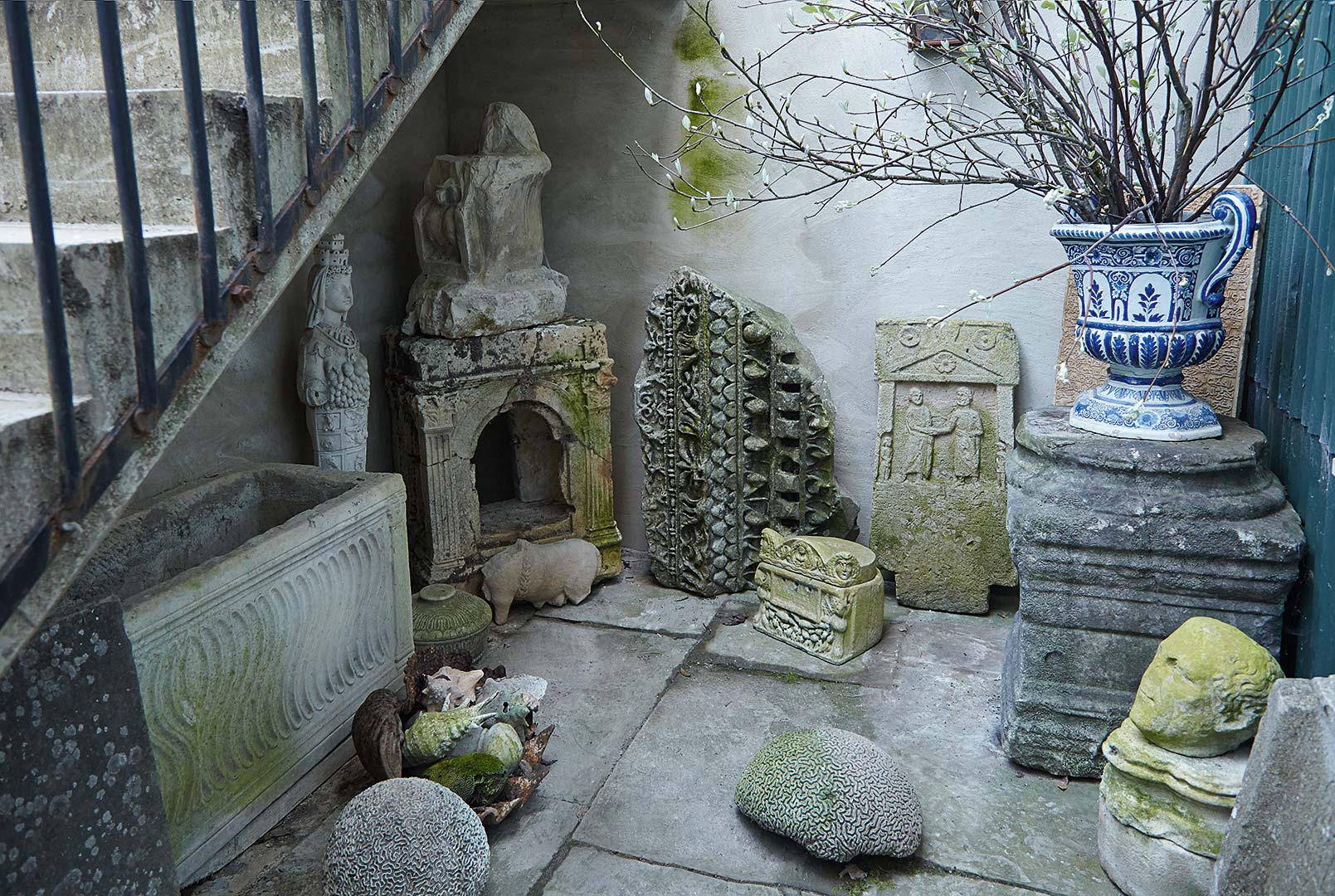 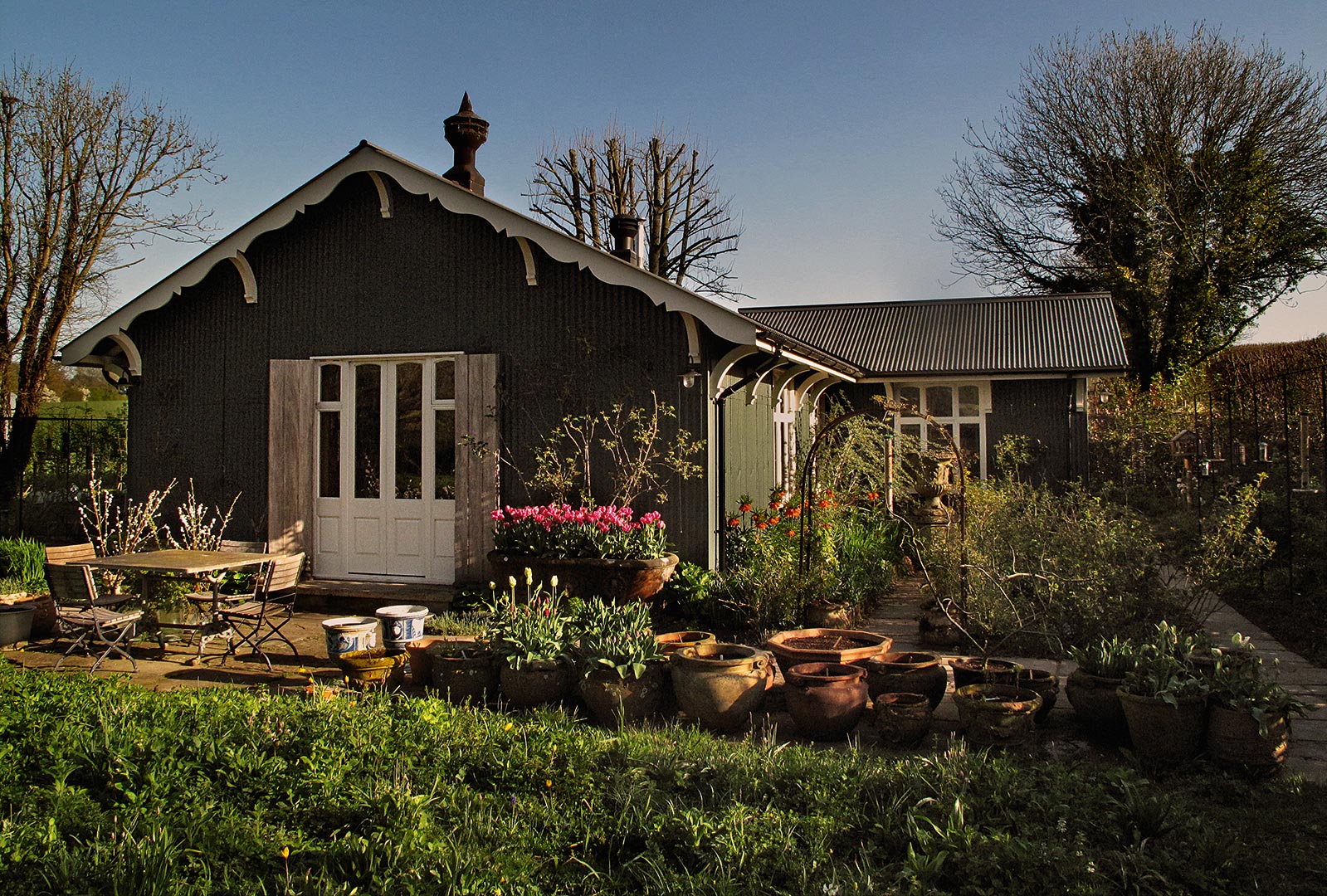 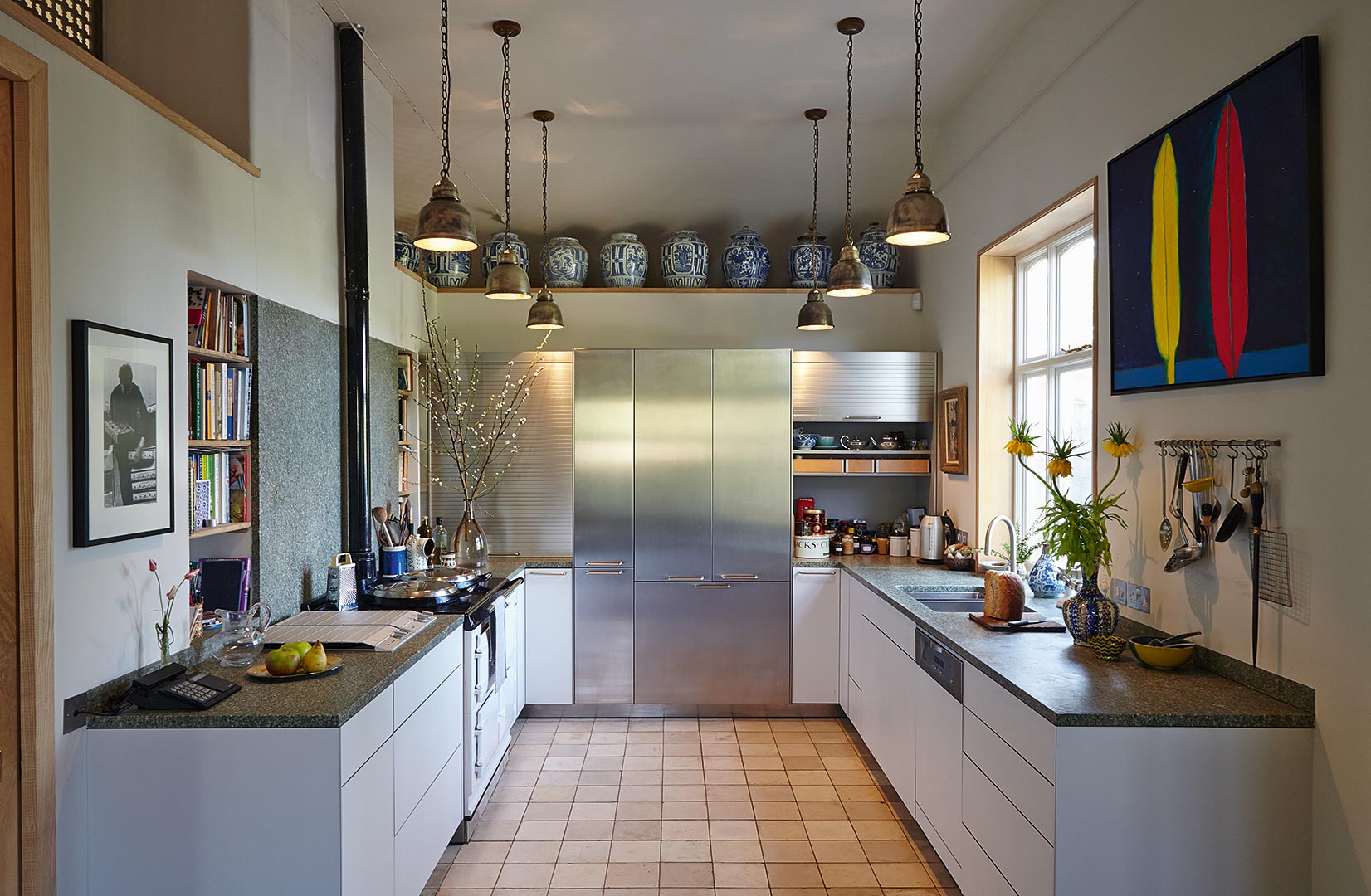 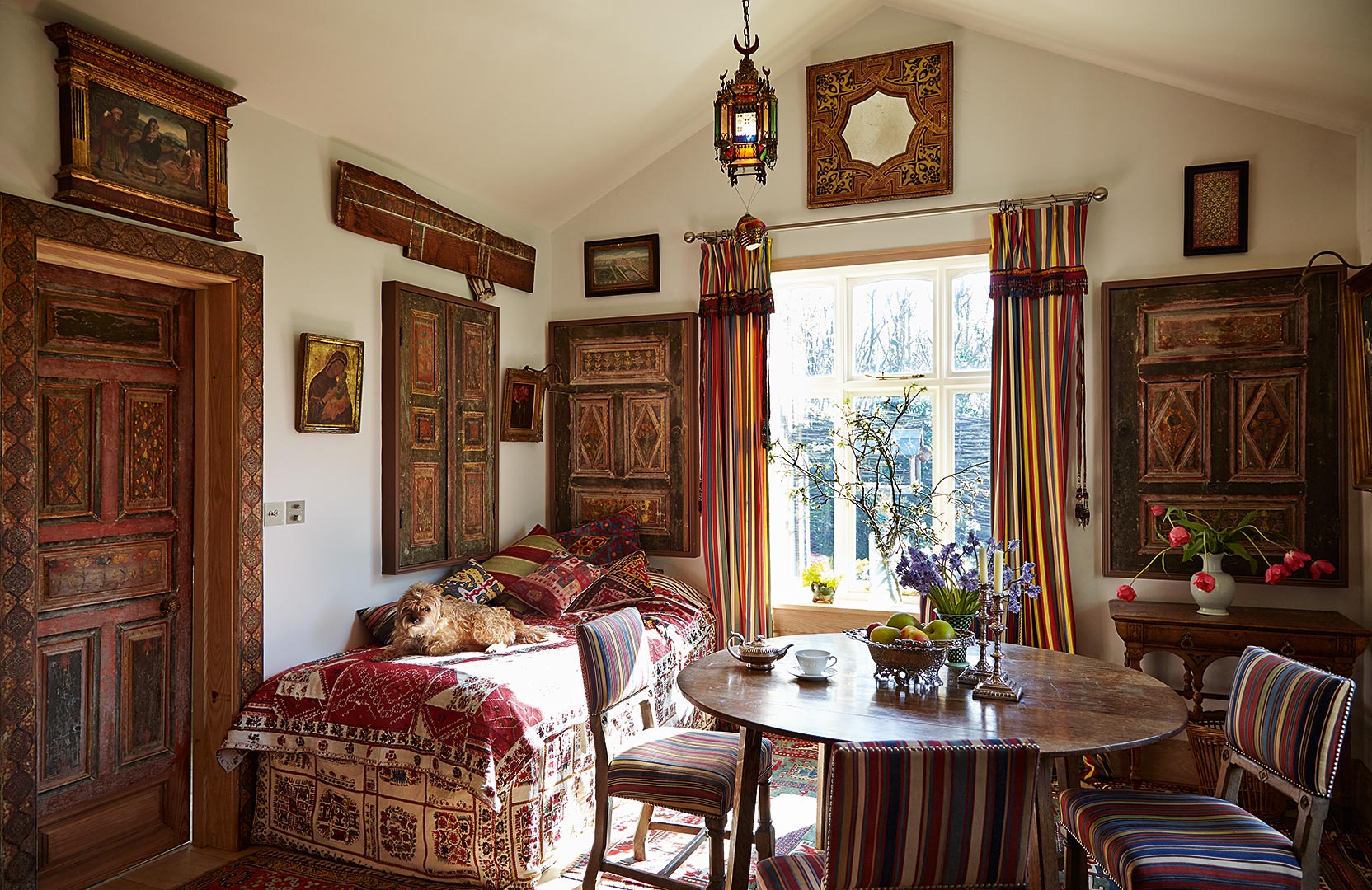 View
Ardagh, in County Cork, is a beautifully built granite cottage, with rough-cast render and a two up, two down floor plan. Originally built by an Englishman in the mid-nineteenth century; high ceilings and spacious rooms provided good scope for a holiday home.

View
Upper Farm, where for many years Robert lived and from which he ran his growing business, was in an enviable position, just half a mile up a drive on the way to a Roman fort. The house and farm buildings ripe for conversion provide the context against which Robert created one of his most well-known projects.